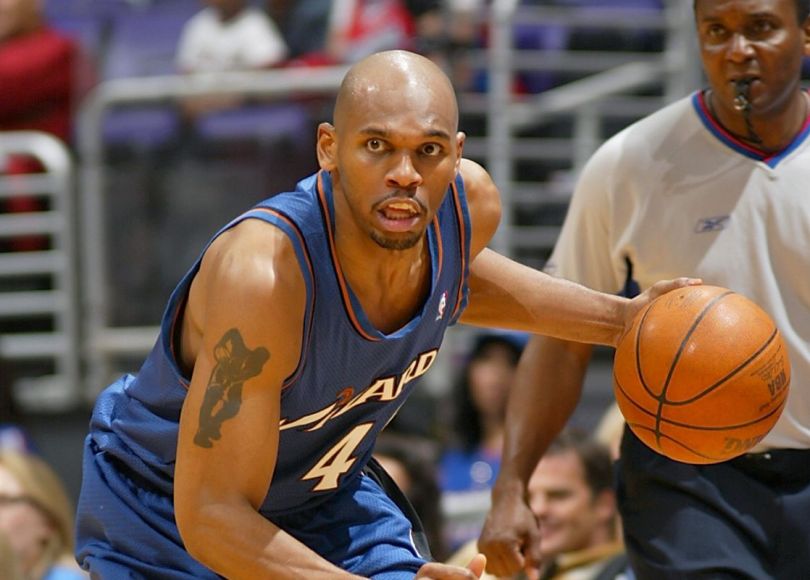 Coming out of the University of North Carolina, J-Stack seemed like the spiritual successor to Michael Jordan. Stackhouse was nowhere near GOAT status but he managed to carve out a solid NBA career.

Jerry was on a scoring binge throughout his prime years with Philly, Detroit and Washington. He racked up five seasons averaging over 20 PPG for these respective franchises. The 4th overall pick and two-time All Star averaged an eye-popping 29.8 PPG for Detroit in the 2000-2001 season. His field goal percentage may make some cringe but his scoring arsenal was pure artistry.

Stackhouse had his best years with Detroit. Initially he formed an exciting duo on the wing with Grant Hill, and later he was the lead-man for the 2002 squad which laid the foundations for Detroit’s 2004 NBA title run. Stack was shipped to Washington before the Pistons won the title however.

In his late career, Stackhouse emerged as a 6th-Man gunner for the contending Maverick teams of the mid 2000’s. He then closed out his career as a veteran journeyman with Milwaukee, Brooklyn and Miami.

If there was a pure scorer Hall of Fame, Stackhouse would forever be enshrined. Nowadays, Stackhouse is the Head Coach of Vanderbilt. He had previously coached the Raptors 905 in the G-League. The Stackmaster seems poised for a lengthy coaching career that could exceed the success he enjoyed as a player.